Now for something different...

Firstly, a quick thankyou to all those that have supported and taken delivery of one of my gum tree CD's.  I am really appreciative of how well these have been received, and the future shed is happy with the support as well, however, the shed construction is on temporary hold...not due to funding, just the decision to put in some hard modelling time instead of outdoor construction during a cold and wet winter.
So, the new project that has pushed the shed aside for the moment...O-14.
Yup, change of scale.  Not forever, just it was on the "always wanted to do that" list.  My previously documented layout construction for "Brooks", has been put on hold.  It actually had some initial scenery work started on the station module, but the initial idea to perhaps have it ready to take up to Sydney next year for the 12th Australian Narrow Gauge Convention was always going to be a really tough deadline to meet.  Besides, being it was going to be part of my home layout eventually, I didn't really want to rush through the process for the sake of the convention.  It will just make its convention appearance at a later event (perhaps here in Geelong...nudge nudge, wink wink!). 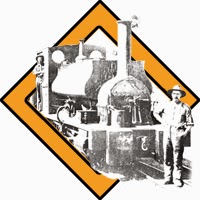 So, as I mentioned, O-14.  Always had a bit of an interest in this industrial railway gauge.  I love the quaint feel of it.  Probably the one part of it that has previously prevented me from doing an O-14 project, was the lack of locomotives and rolling stock (and hand built track work) to actually make it a working layout.  That's where a new partnership with modelling mate Geoff comes into it.  He also has the O-14 interest.  He also has the collection of loco's and rolling stock awaiting construction (having been in storage for considerable time, but now the time is available to bring them to life).  He also has the desire to build the track.  I now get to model some different style scenery with Geoff's half of the project forming the animation through it.  Win win situation.  The layout will remain at Geoff's place once its completed, with the intention to take it out to exhibitions, and demonstrate something a little bit different on the public circuit.  Its also a project we have a better chance of getting near ready to take to Sydney for the NGC as well :)
On to that new layout then.  We spent a bit of time browsing around what had previously been modelled, and deciding what we thought worked, and what didn't.  Geoff only has limited space at his place to house the finished layout (unless he can eventually convince his wife that a long layout in the new extension family room would look spectacular!).  I was also happy that it was a fairly confined size that I could just scratch that O-14 itch with (I didn't want to fully convert!).  We had a narrow doorway the layout had to negotiate, and also wanted to make transport easy, by just restricting its cartage to in the car only, and also keeping exhibition set up quick and easy.  We were doing a Welsh Slate theme, and in browsing for ideas, came across a layout called "Ravens Rock".  For me, this layout ticked a lot of important exhibition boxes. 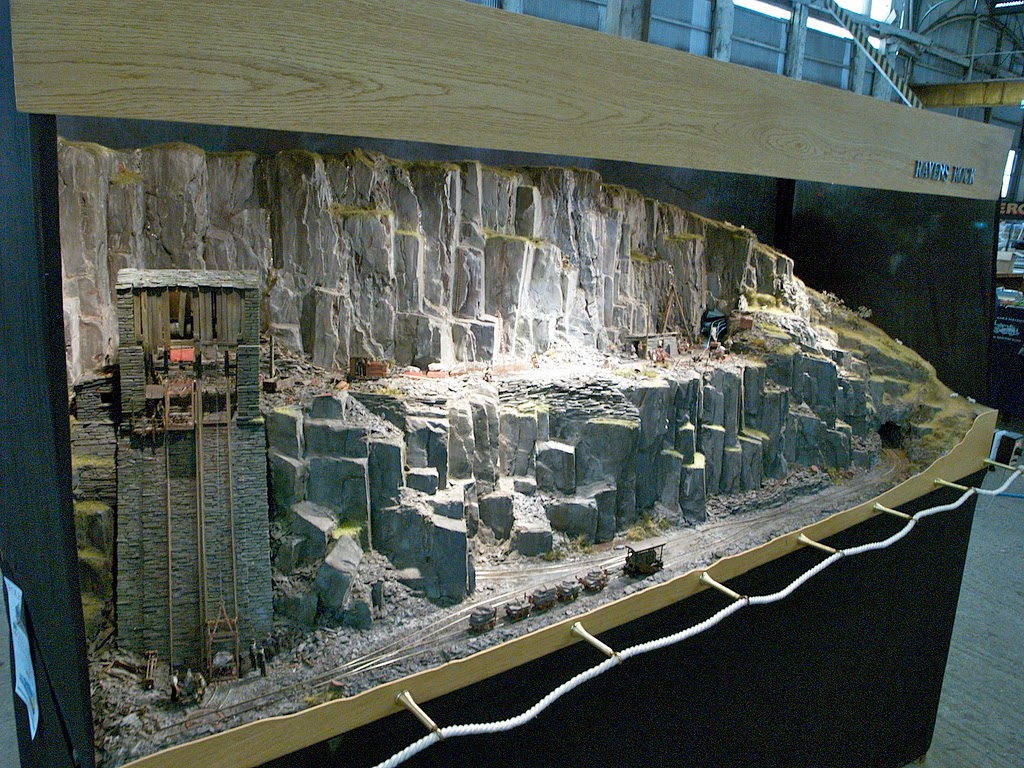 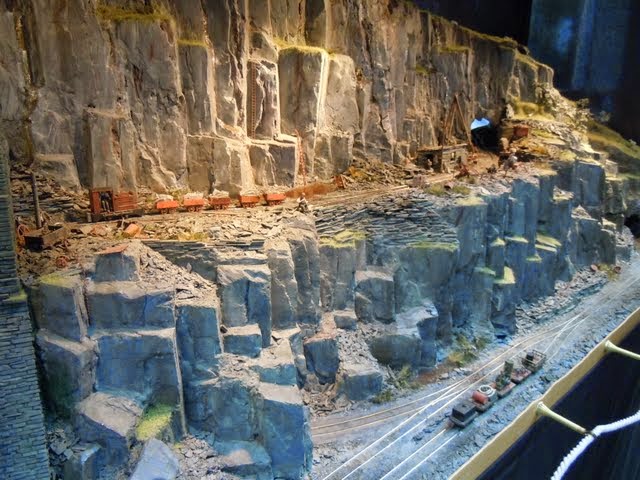 As far as an exhibition layout goes, it is compact, different in its presentation, spectacular with its vertical presence, and simple enough with its operation.  All the things I look for that make an exhibition layout a successful project.  So, to the drawing board...
The chosen layout vehicle is Geoff's RAV4, which has good height inside when the rear seats are pulled out (easily done).  We are taking a lot from the vertical appearance of Ravens Rock, but changing a number of the feature scenes, such as the incline has been removed in exchange for a different scene.  The layout has been framed in aluminium, and clad with ply, to keep it all nice and light weight, yet strong.  The great thing about the aluminium is it's so quick to work with.  From the drawings I made (after measuring the car), I had the frame members cut and assembled in less that an hour. 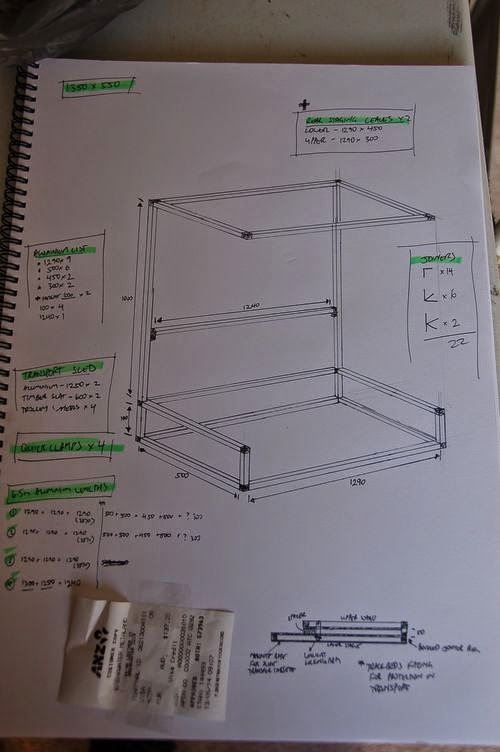 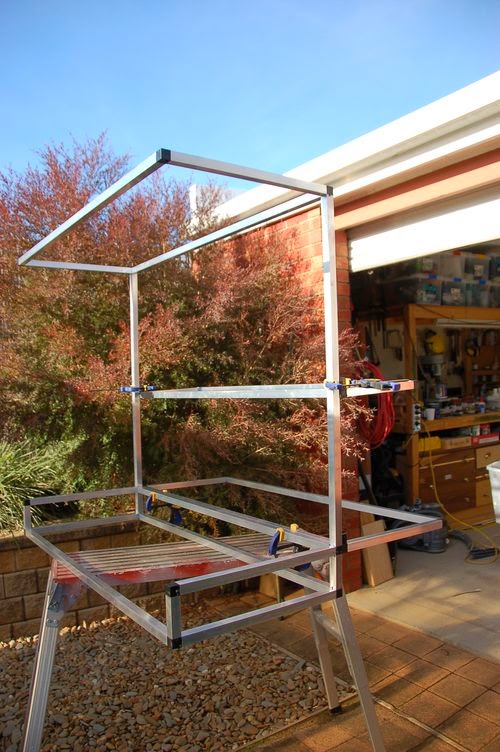 The rear sections that can be seen clamped to the rear of the layout in the pics above are to be the staging yards.  Geoff has a reasonable collection of locomotives to build, so this layout will be a nice opportunity to rotate them in use through out an exhibition day.  Currently, the layout is well on the way to getting it ready to move into he scenery side of the project, but there has been plenty of fun with creative engineering this module.  The module size is a tight fit in the back of the car, so plenty had to considered.  Space was left below the layout for point motors (Tortoise), and storage of wiring and DCC (NCE).  Lighting has been incorporated into the roof, but here is also an extra overhead lighting rig that mounts on the roof of the layout.  The support arms that hold this overhead lighting up are hinged to fold neatly within the roof space.  There have been a fair few cold nights spent out in the garage in the last few weeks staring at the project, trying to nut out how to make it all work.  Thus far, I've been really happy with the results... 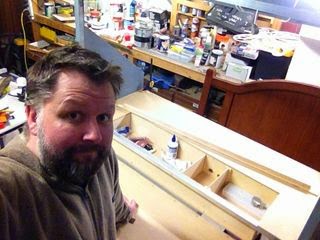 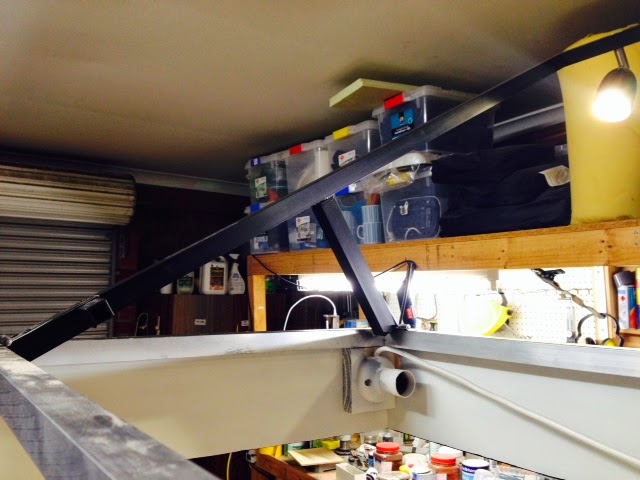 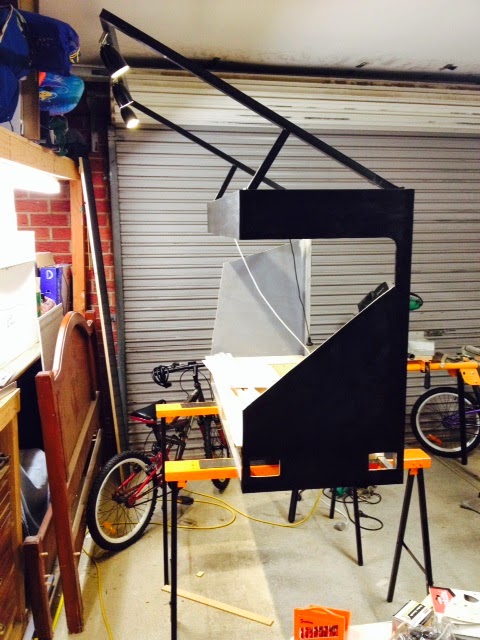 The lower staging yard will include a cassette system to allow change over and turning of whole trains.  That's been the really challenging part, engineering how that element will work.  It's currently in the testing stage, but seems to be a viable option.  More photos of that part to be documented once happy the mechanism is reliable enough for exhibition use.  We will be taking the under construction layout up to the Grampians Model Railway Exhibition in July, so visitors will be able to see some of the guts of what goes into building an exhibition layout.  Hopefully by that time, I will be ready to start work on some of the rock carvings.  The intention is to spend most of that weekend exhibition with the hot wire foam cutter running.  I've got a considerable amount of rock to shape... 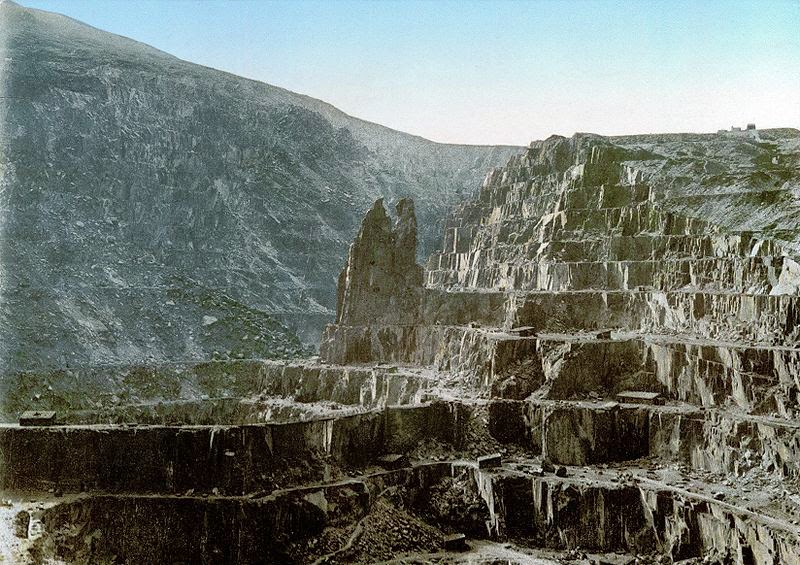 The photo above, of Bethesda Slate Quarry, gives a good impression of what I need to carve out.  The different levels (galleries, or terraces)  are both harsh and spectacular.  Given that this entire layout is essentially a rock face, the challenge is to keep it light weight.  When researching the background of Ravens Rock, it was documented as a exceptionally heavy layout, shaped with plenty of heavy plaster.  That's perhaps the biggest challenge of this project...so much "rock" with no weight.  I've got a few ideas to test out in the coming months, avoiding a plaster mountain at all costs!
Cheers,
Dan

Dan
G'day, and welcome to my blog. I live in Geelong, Australia, with my wife and four young kids. When free time becomes available, I enjoy tinkering with my model railway projects...some of which you will find as updates in these pages. My modelling interests are towards narrow gauge railways. I've modelled both logging and mining practices in the past (both in On30), and now have a passion for Victorian Railways narrow gauge lines... mainly "The Beechy" (Colac-Beech Forest-Crowes line), which was one of the 2'6" lines in south west Victoria (not too far from where I live).

Links that I support...